With over 2,500 attendees every year Offset is the largest annual conference in the Irish design and creative industry. The weekend was full of inspiration and bold new ideas as many amazing speakers shared their creative work. After some time to reflect, here’s a few of our favourite speakers from the weekend! 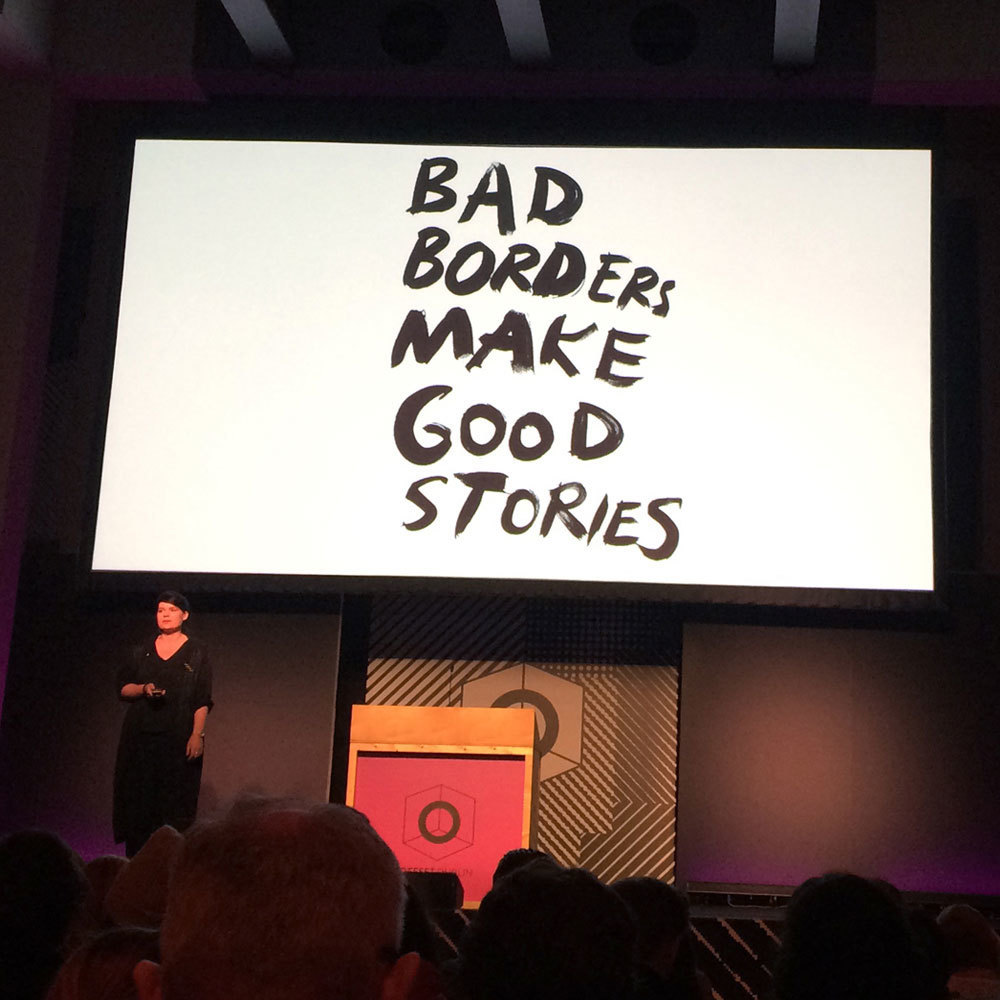 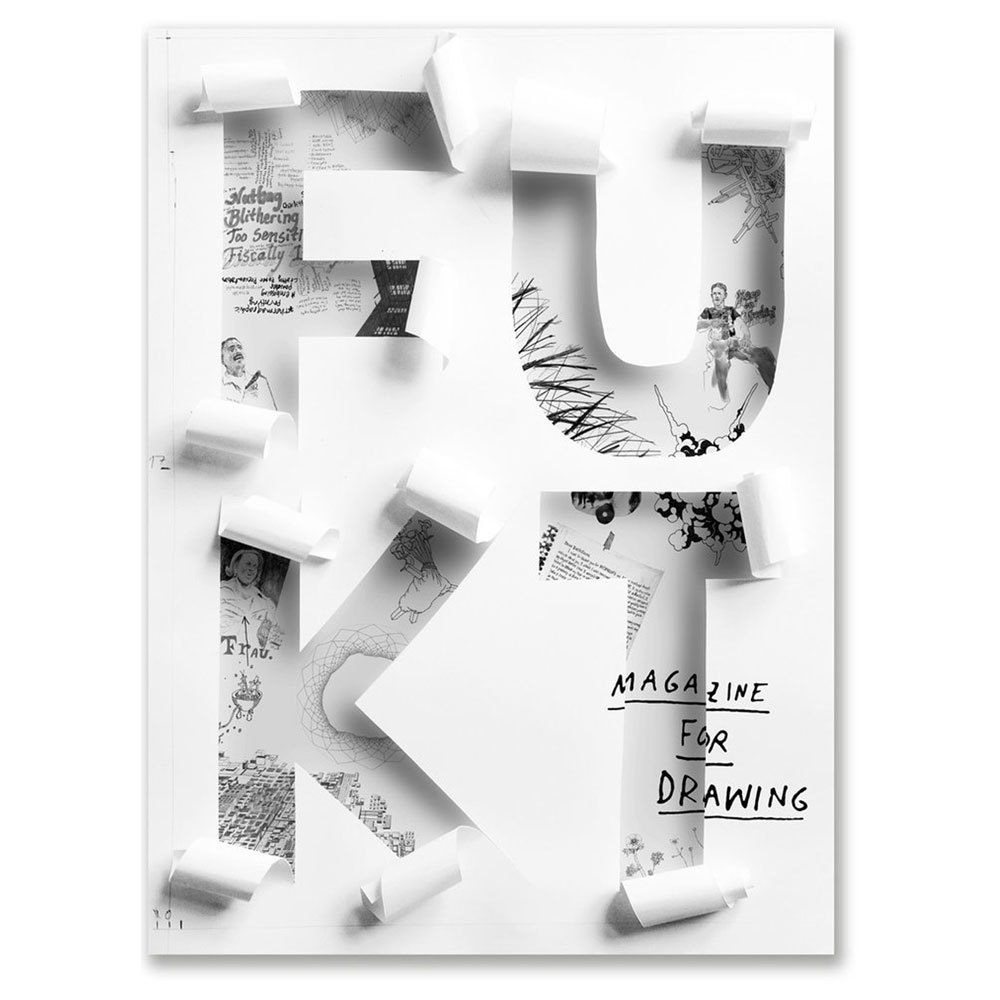 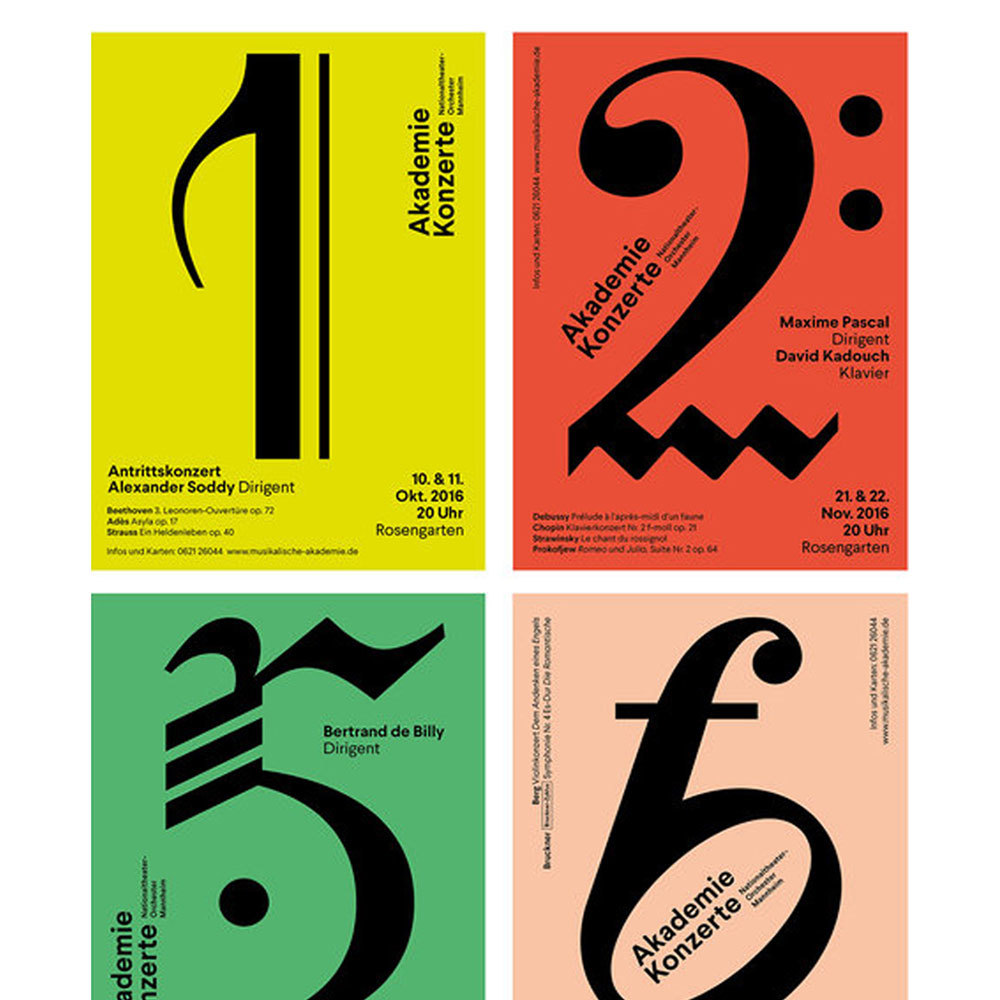 Ariane Spanier is a graphic designer based in Berlin. Her talk was an A to Z of her life and work practices and here are a few of our favourite points.

‘B’ is for Border
She grew up in East Berlin before the wall came down. She was fascinated by mysterious West Germany and saw it as a “window to opportunity” and “was grateful for the 11 years living like this”.

‘F’ is for Fukt magazine
Ariana is the creative director of Fukt magazine – a contemporary drawing magazine. She describes it as a playground for herself to experiment with type. Fukt is published annually, usually in September. Many of the earlier editions covers deal with the idea of censorship.

‘O’ is for Orchestra
Ariana created a new identity for the Orchestra of the National Theatre Mannheim.
She designed a series of custom numbers, using parts of musical notes as the basis for her creations.

‘P’ is for Play
“When happy you make good work!”

Rich Gilligan is an Irish photographer, based is New York. 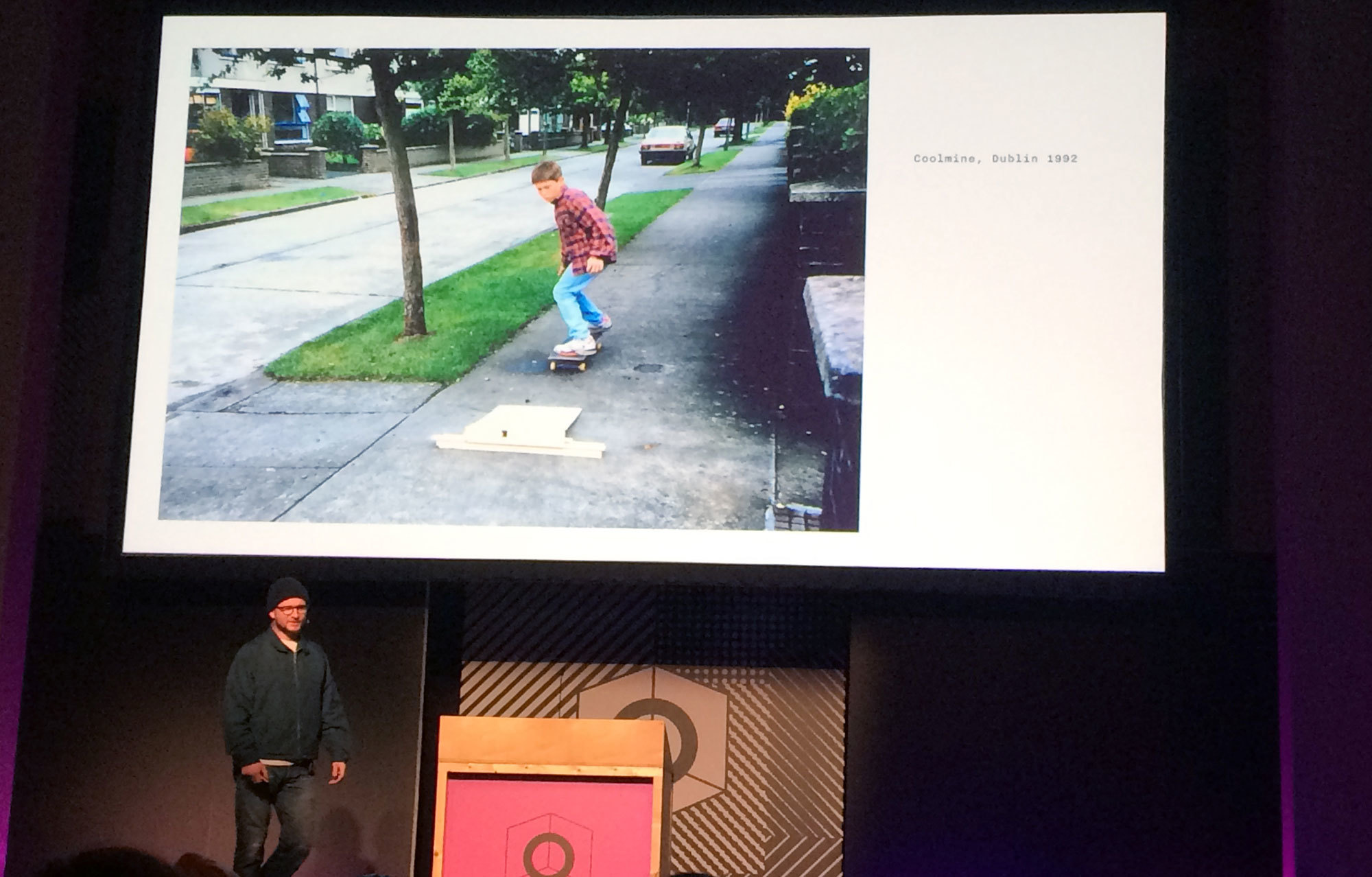 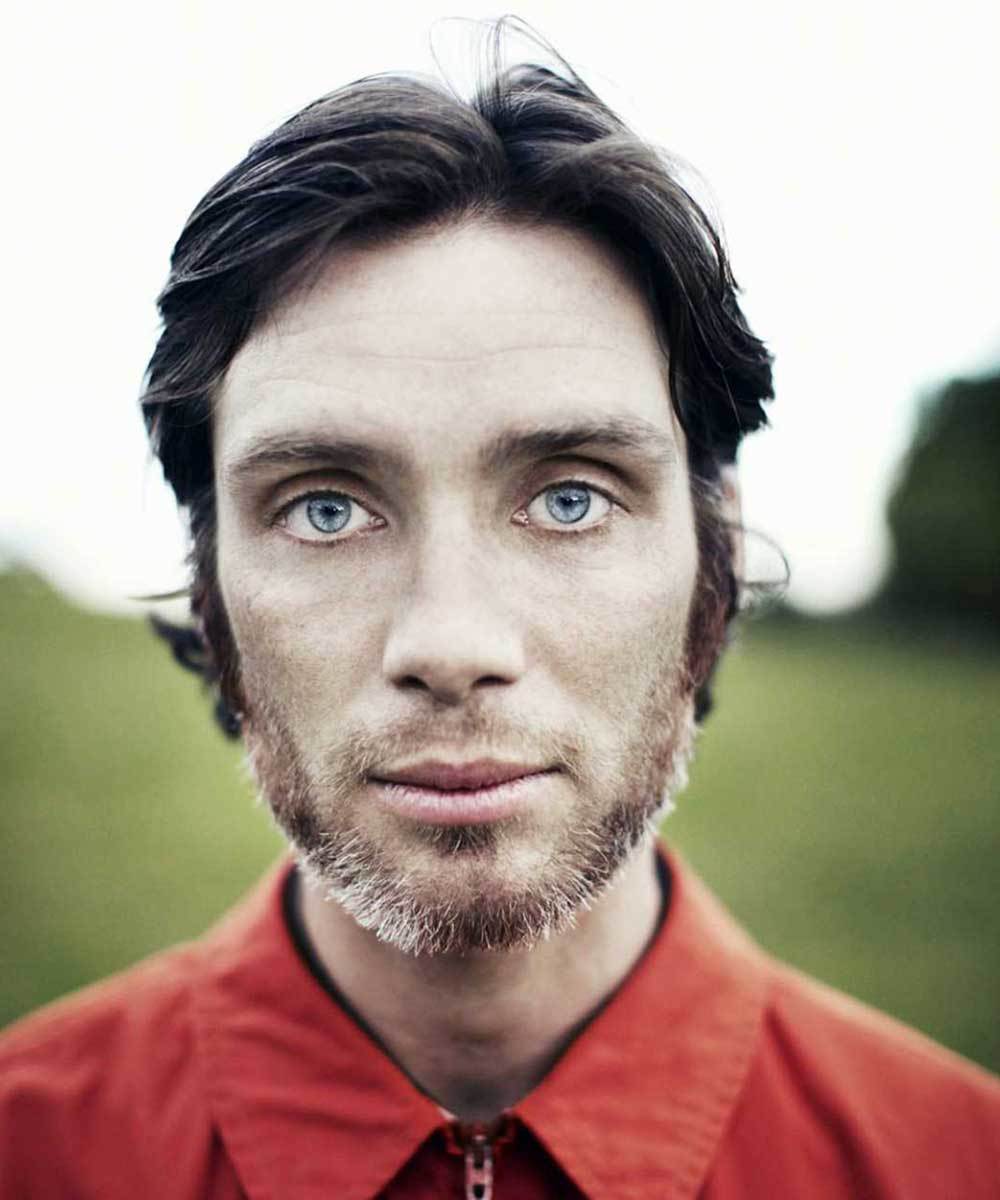 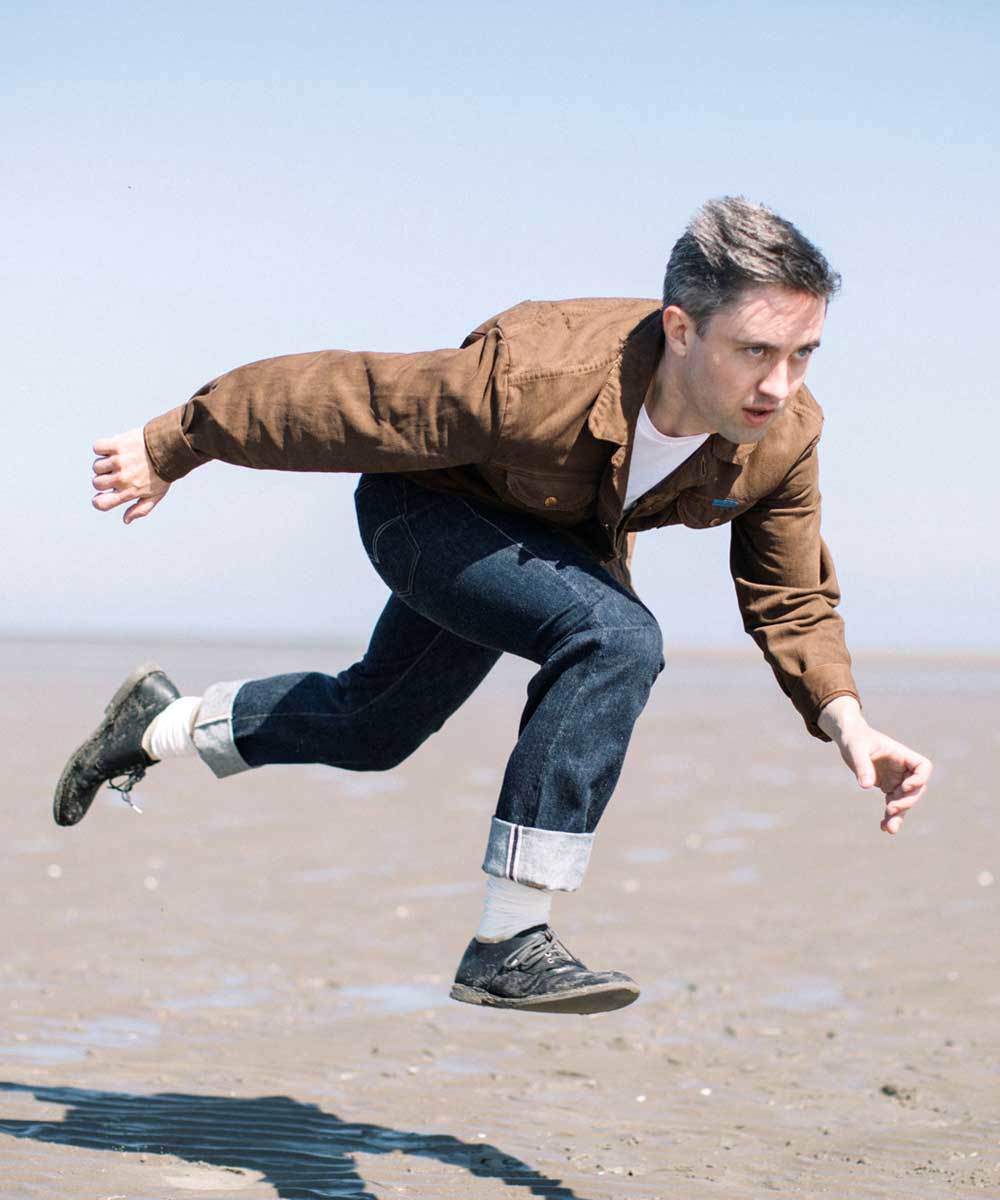 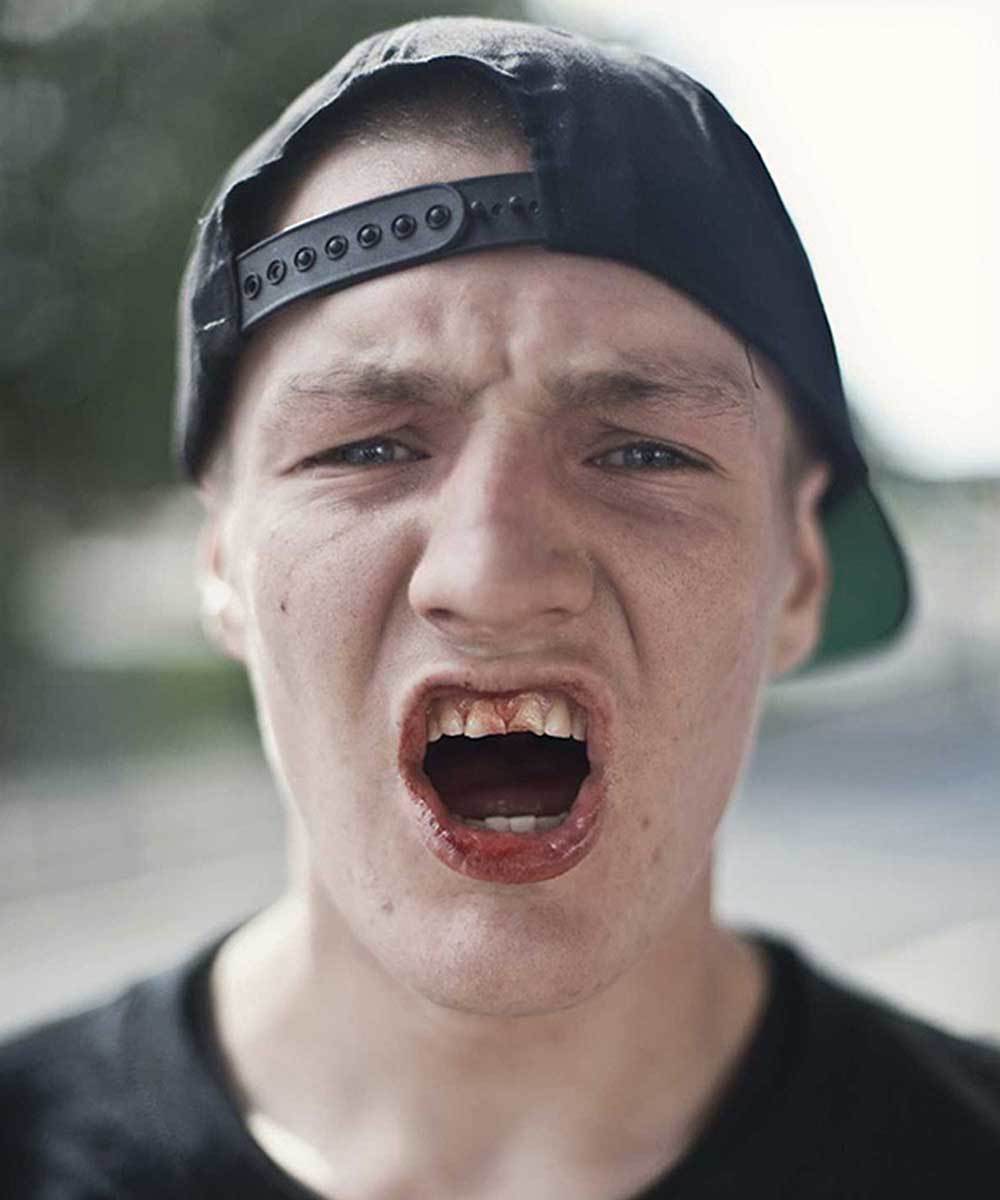 Rich grew up in Blanchardstown. At an early age, he became obsessed with skateboarding after he saw ‘Back to the Future’. The deal was done when he was introduced to the Skateboard magazine, ‘Thrasher’ by his cousin. The above photo was taken near his childhood home in Blanchardstown. He was disappointed by his father’s photography skills, having taken the photo a split second too early just before he flew off his homemade ramp! The Irish skate scene took off in the early 90’s, revolving around Clives, G1 and Simon’s skate-park on Sir Rogerson’s Quay. Rich was completely immersed and soon developed an interest in skate photography.

His big break came at 19 when a picture he had taken of a friend skateboarding down the Kenmare river bridge was published in another Skateboard magazine he idolised, ‘Slap’. He went on to do a degree in documentary photography in Wales, and still keeps a documentary approach to his work.

Rich went on to work as a staff photographer on Other Voices. Speaking on his portraiture work, he says ‘on some level its a reflection of you’. He has released a number of photography books. His book ‘DIY’ documents homemade skateparks around the world.

Rich follows the motto, “stay humble, stay hungry”. In 2015, he moved his young family to New York in search of new opportunities. It took him some time to establish himself, but his big break came when was hired by the New York Times magazine to commission a piece on writer’s studios. This has led onto work for Pentagram, Adidas and H&M.

His editorial pieces are made in the hope that he will secure commissioned work. He told the audience not to let big money jobs “take over your practice”. His parting advice was “Make work that excites you and inspires you, unapologetically for yourself”.

“That’s why I do strong covers, I want people to have conversations”. 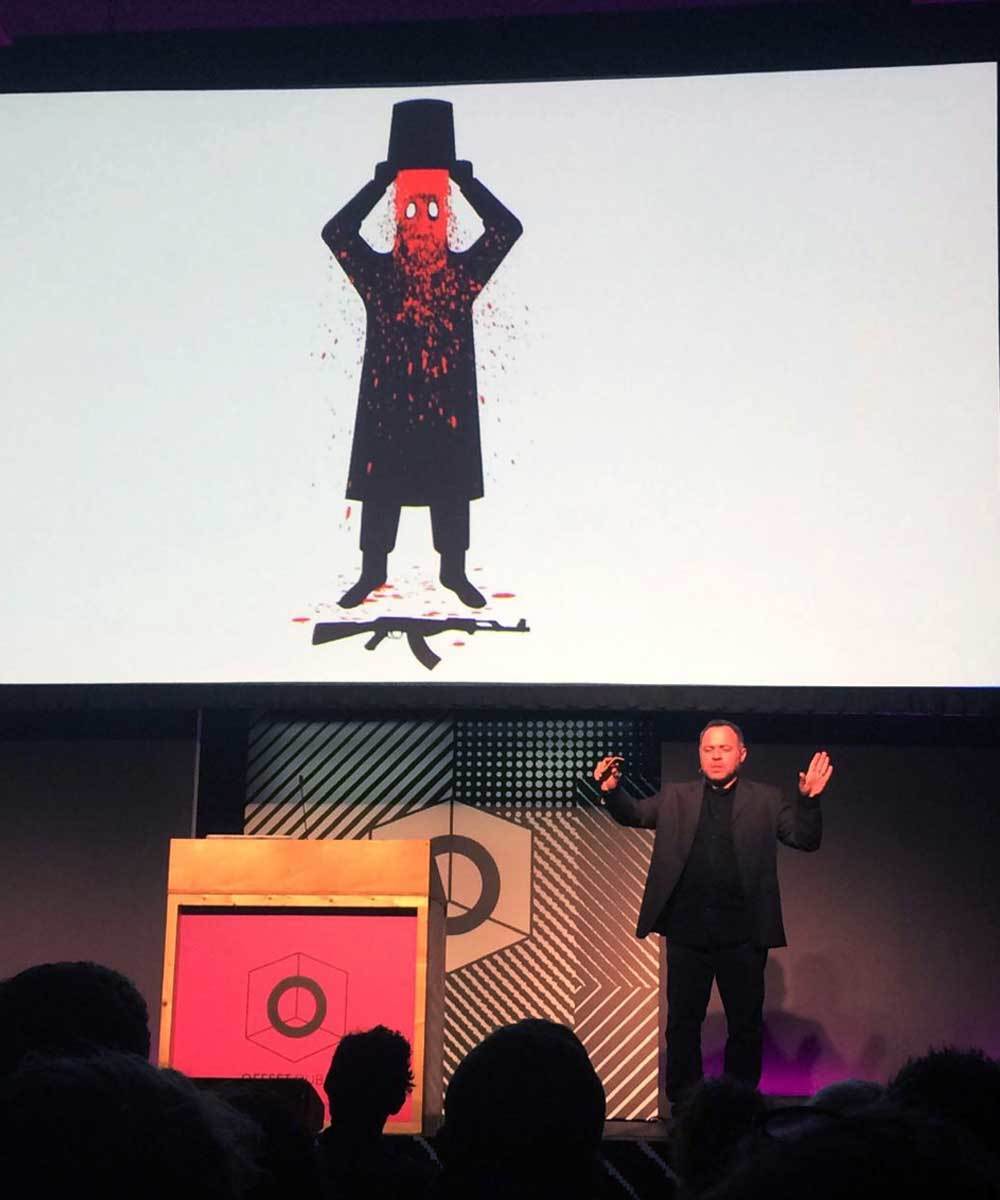 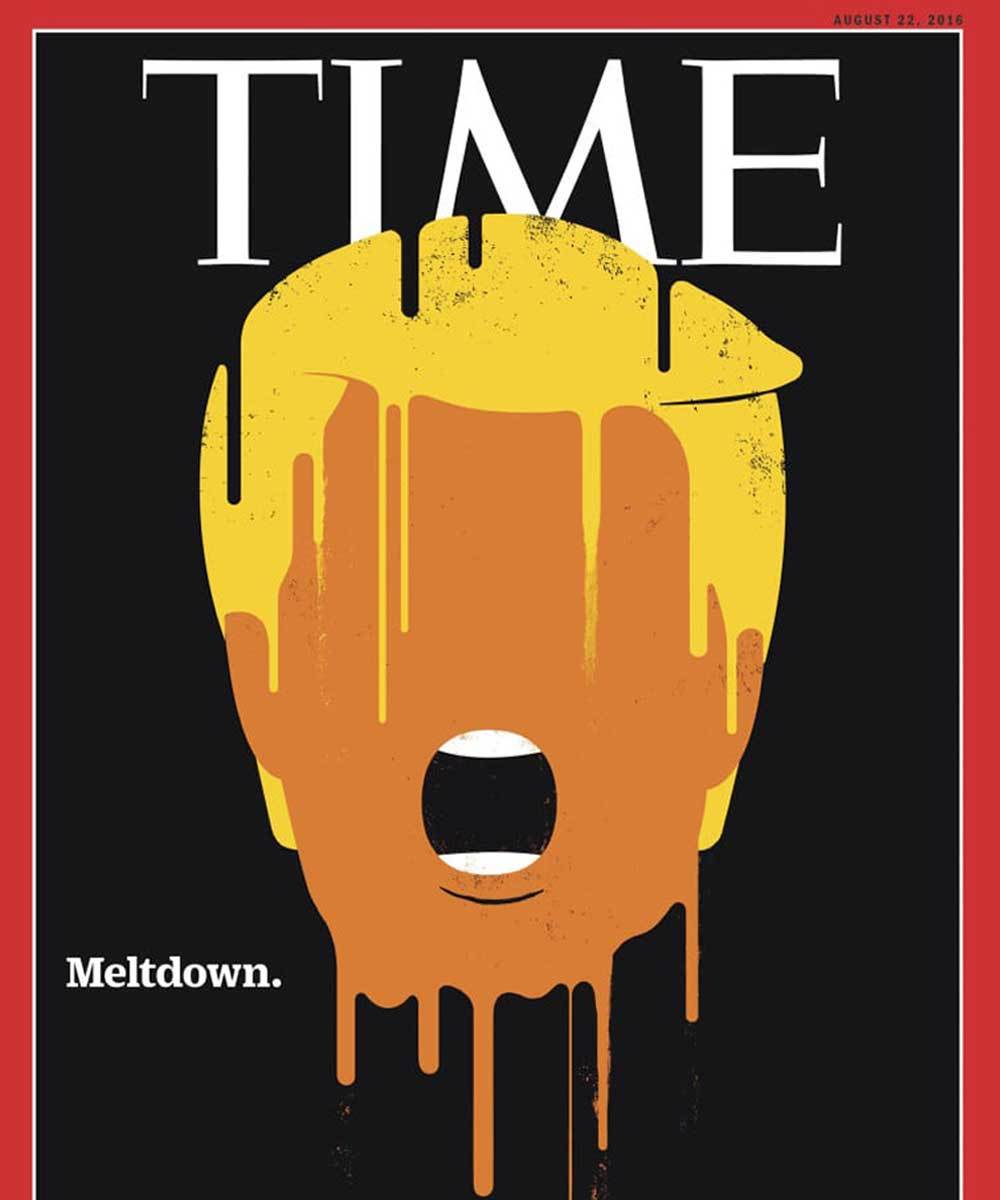 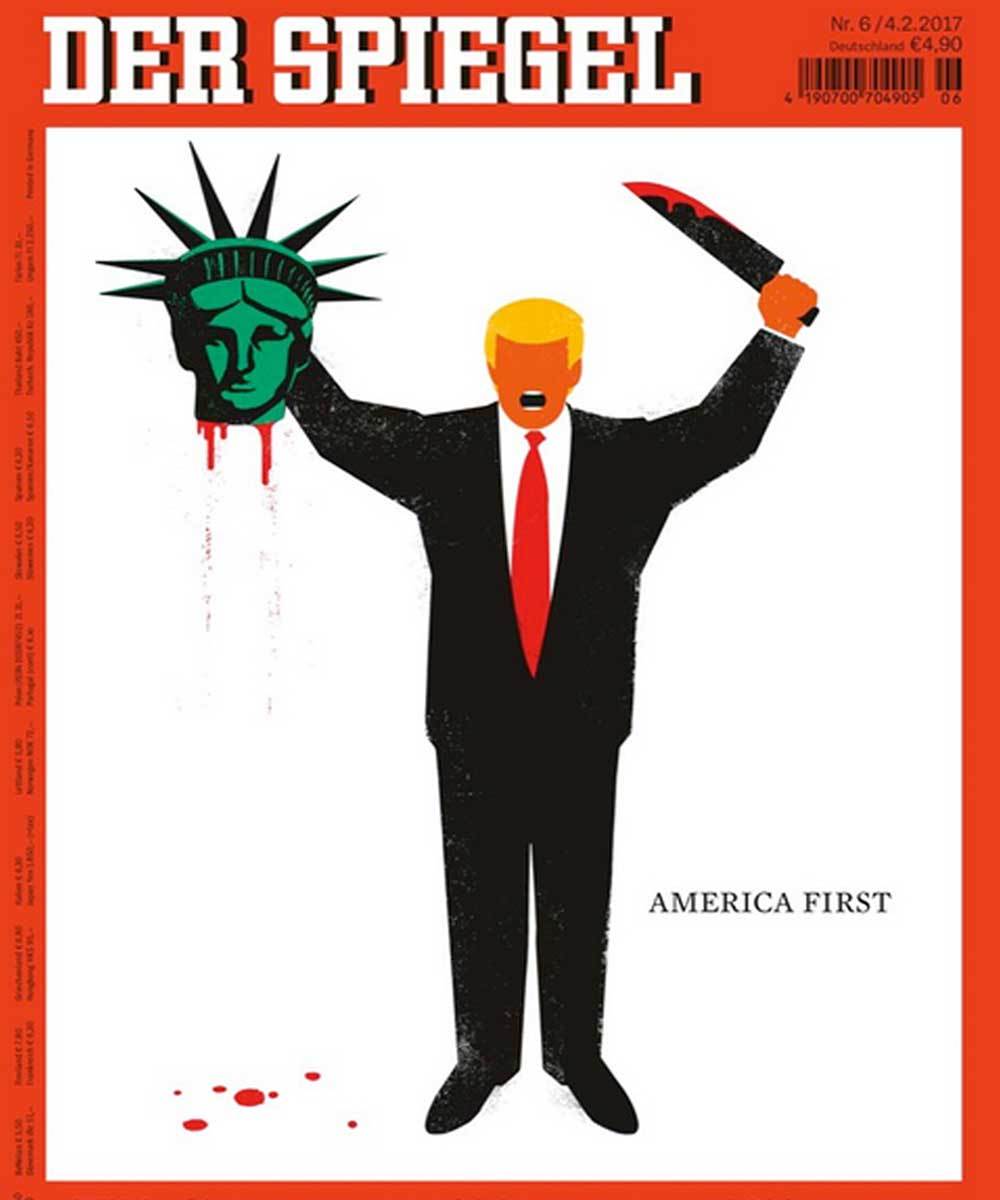 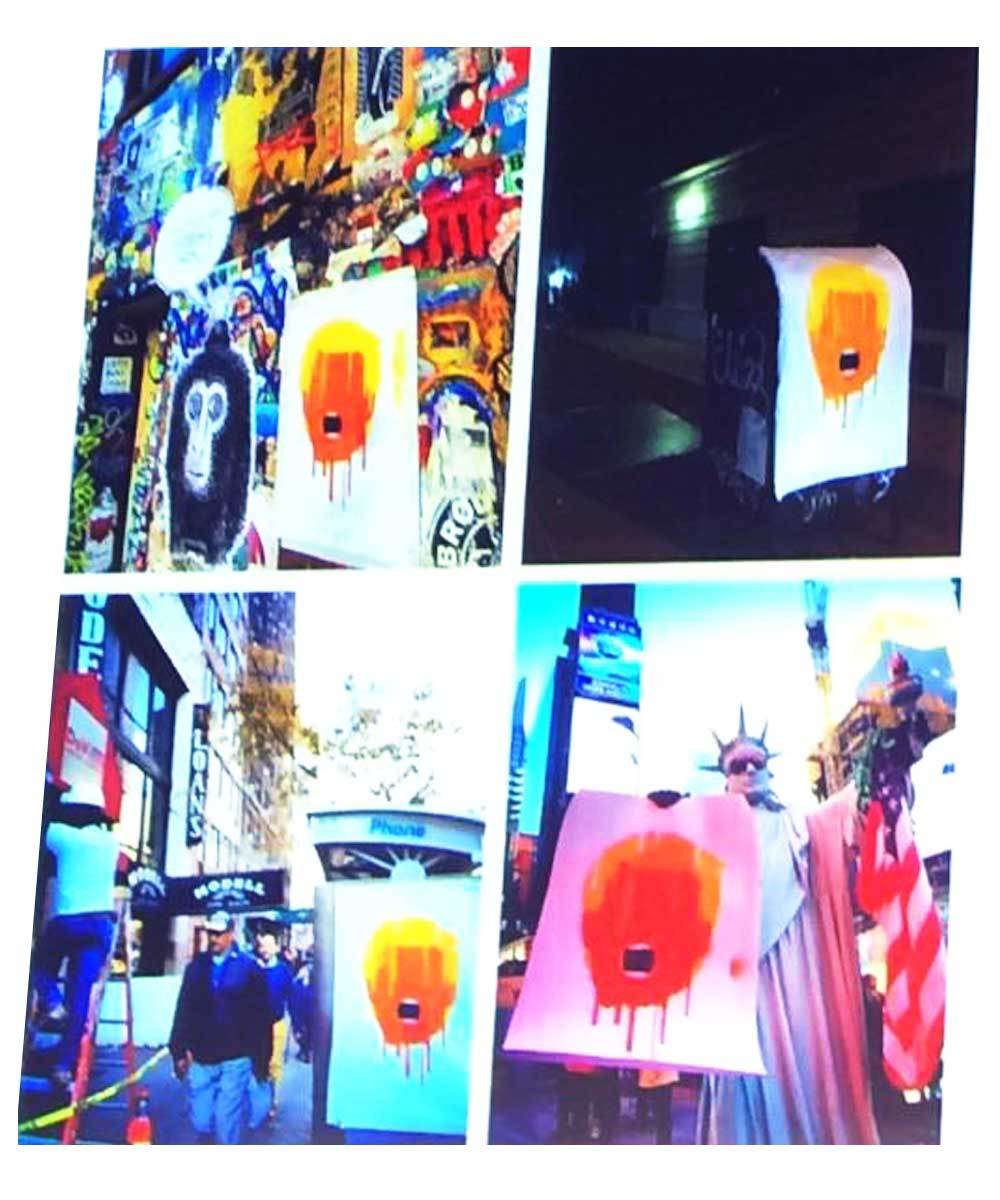 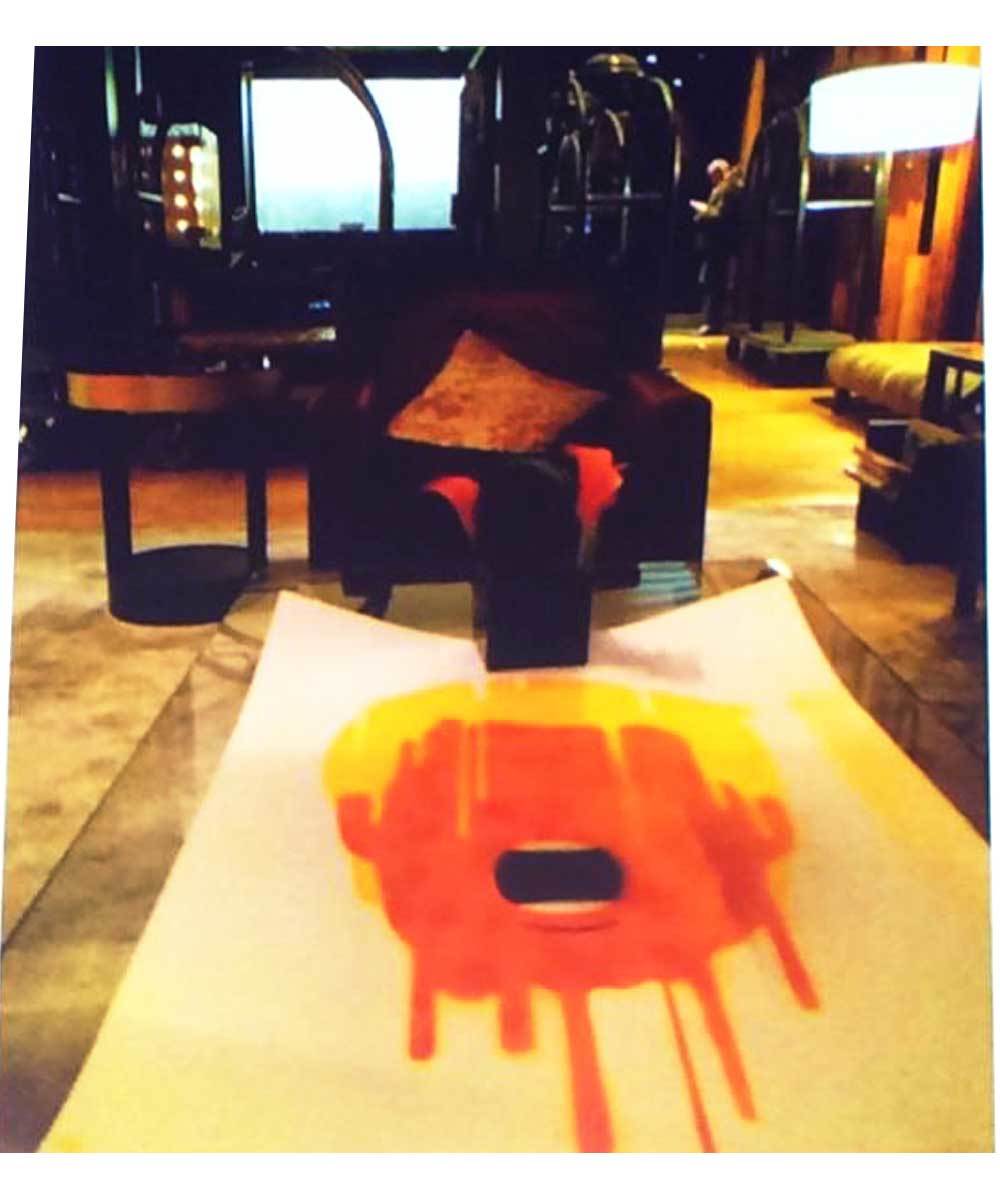 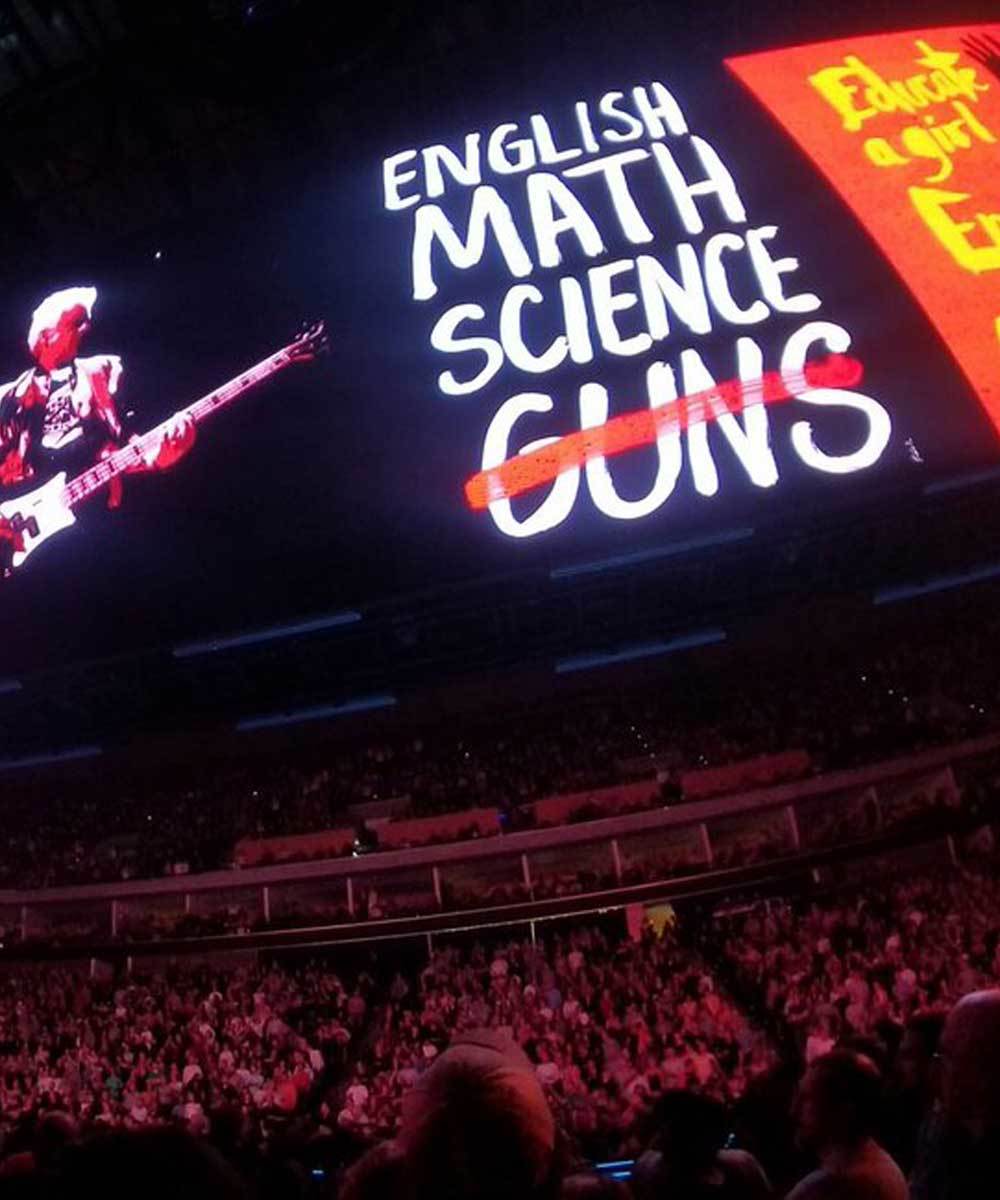 Growing up in Cuba, Edel was surrounded by war. When he was 9, his family emigrated from a Castro ruled country to the US. He began working at Time magazine in the mid 90s, becoming their art director in 1994. When speaking about his work, he says the colours he uses are very strong and saturated. It’s how he sees the world. He feels that his work occupies the space somewhere between graphic design, illustration and painting.

Edel is best known for his magazine covers. During the US Presidential race, his covers for Time Magazine and Der Spiegel went viral. Speaking on his provocative work, he says “ Am I afraid? No! What’s the point of existing if I can’t do what I wanna do.

He loves to bring his work out into the streets. Interaction and engagement with the public is important. In the images above, his portrait of Donald Trump can be seen around on the streets of New York, even so far as going into a Trump Hotel.

Edel was recently commissioned by U2 to create graphics for their most recent American tour. A set of powerful slogans can be seen in the image above. 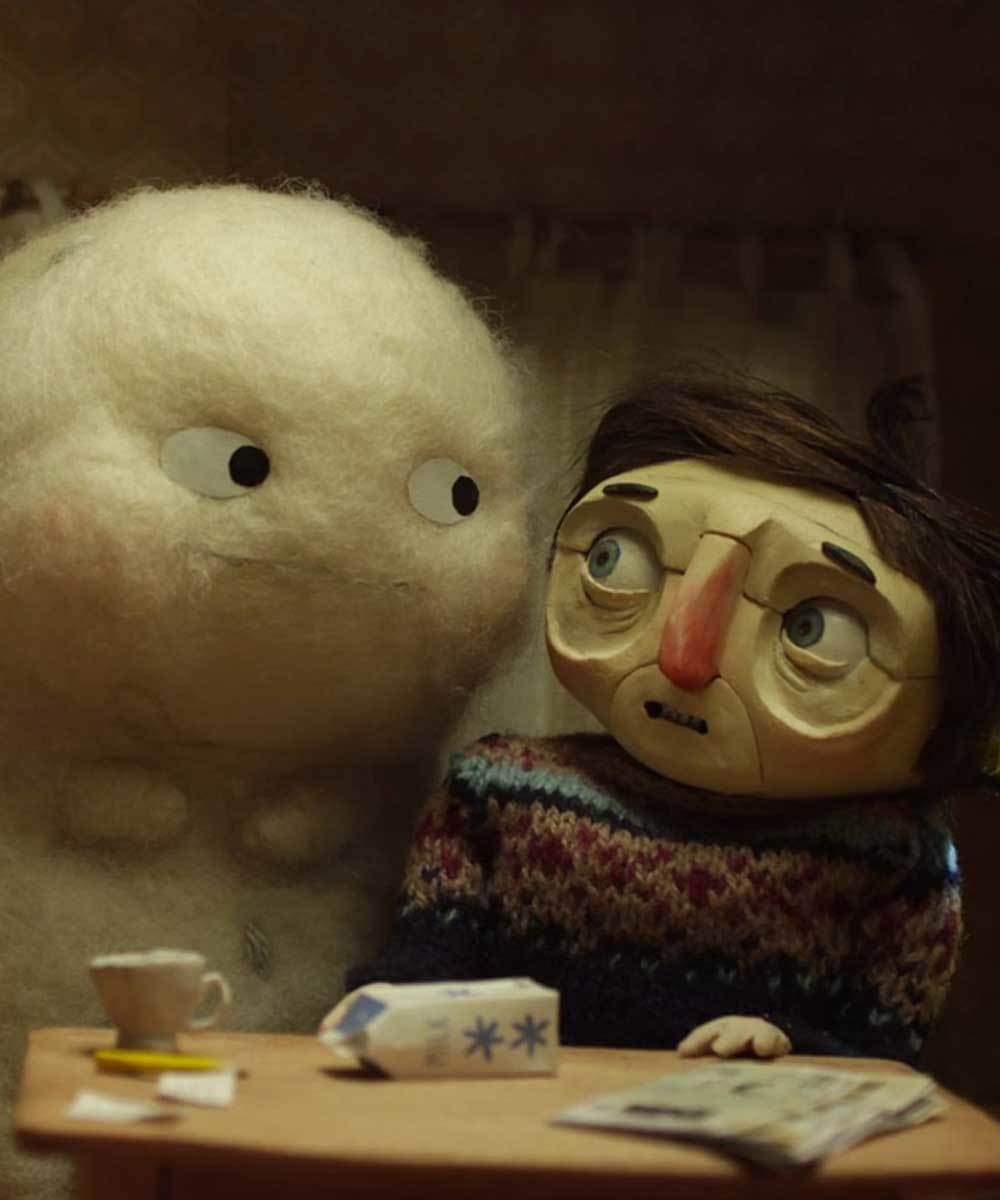 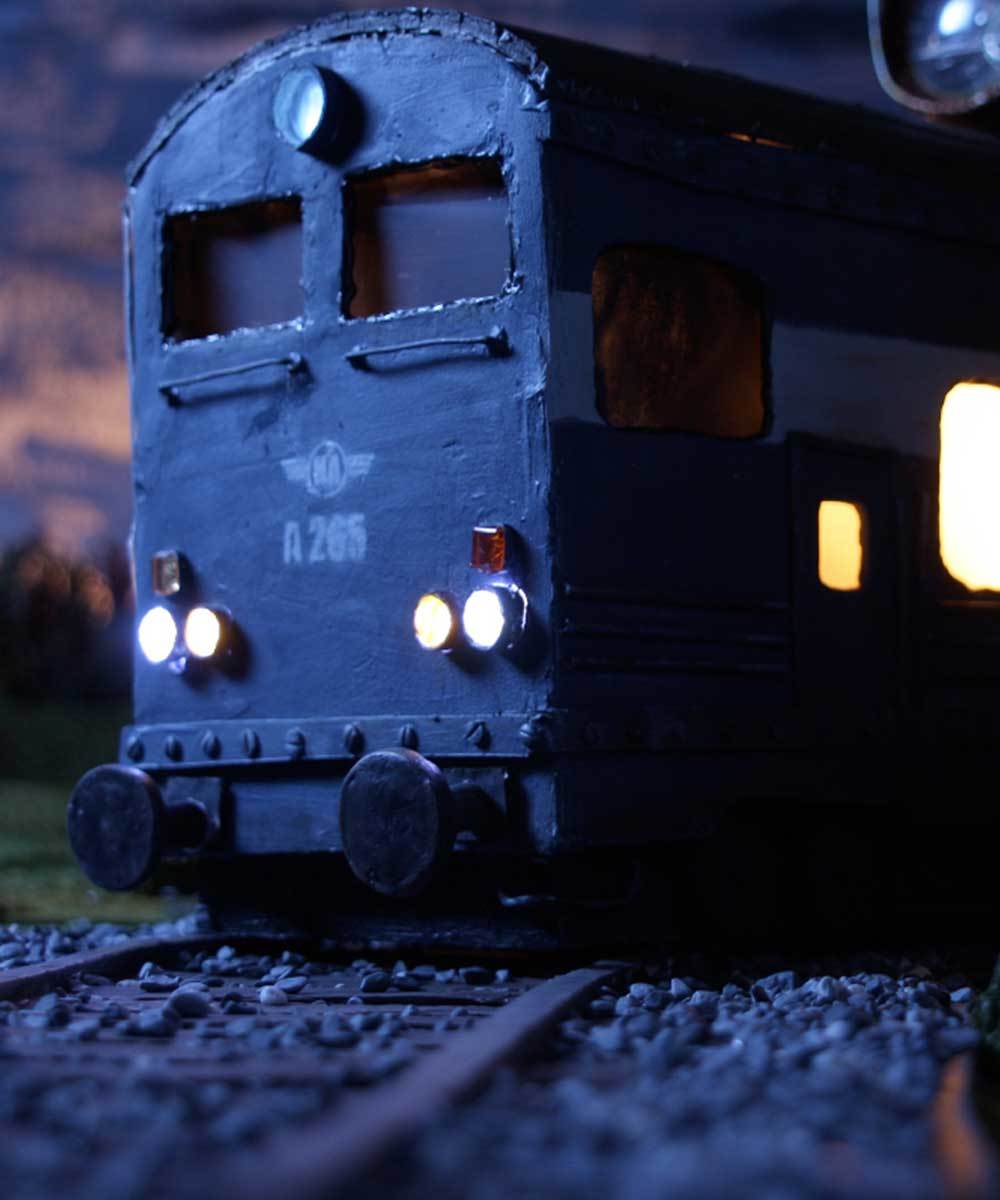 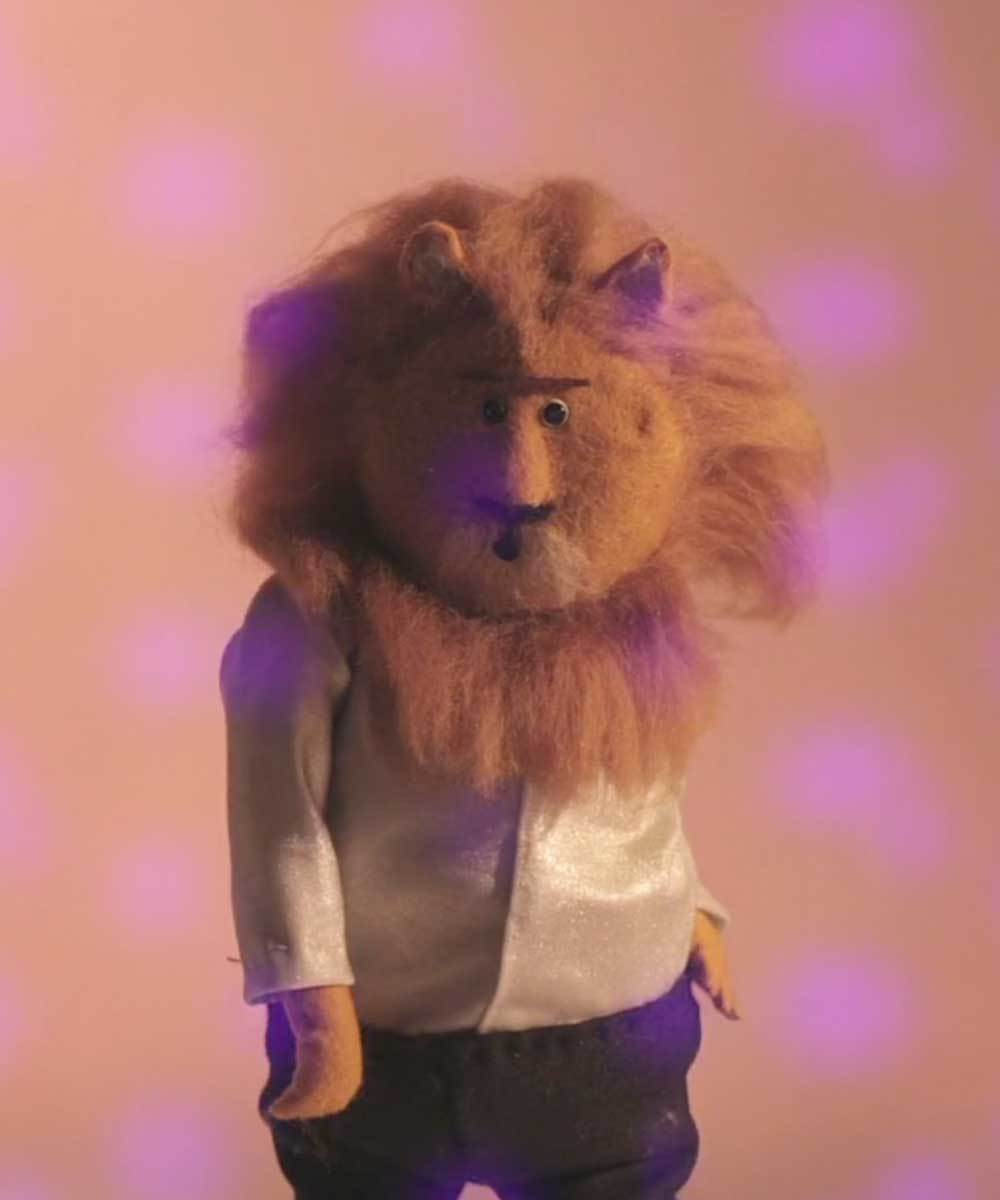 Anna Mantzaris is an animator from Sweden specialising in stop motion. While completing her BA in animation in Finland, she co-created a stop motion movie called, ‘But Milk is Important’. The short film centers around a man who suffers from social anxiety. One day, he finds himself being followed by a naive and clumsy creature. The film was created by Anna as her graduation film in 2012. Since its creation, it has been screened at 100+ festivals and won over 20 international awards.

This success opened the door to many work opportunities for Anna, but she was worried her career was leaning towards the type of work that was needed and not the type of work she was passionate about doing; “If I keep saying yes to jobs my career is just going to go where the industry wants”.

Following her gut, she decided to do a 2 year masters in RCA in London to focus on personal projects. Watching frustrated commuters on the tube in London gave her inspiration for another movie called ‘Enough’.

This movie is about characters acting out their impulses in social situations in a sometimes tragic, but often humorous way. Anna feels imperfect characters are more relatable and also likes to keep her backgrounds simple contrasting the characters with their environments.

Anna has been commissioned to create work for a John Grant music video (picture above), as well as working for clients such as Greenpeace. 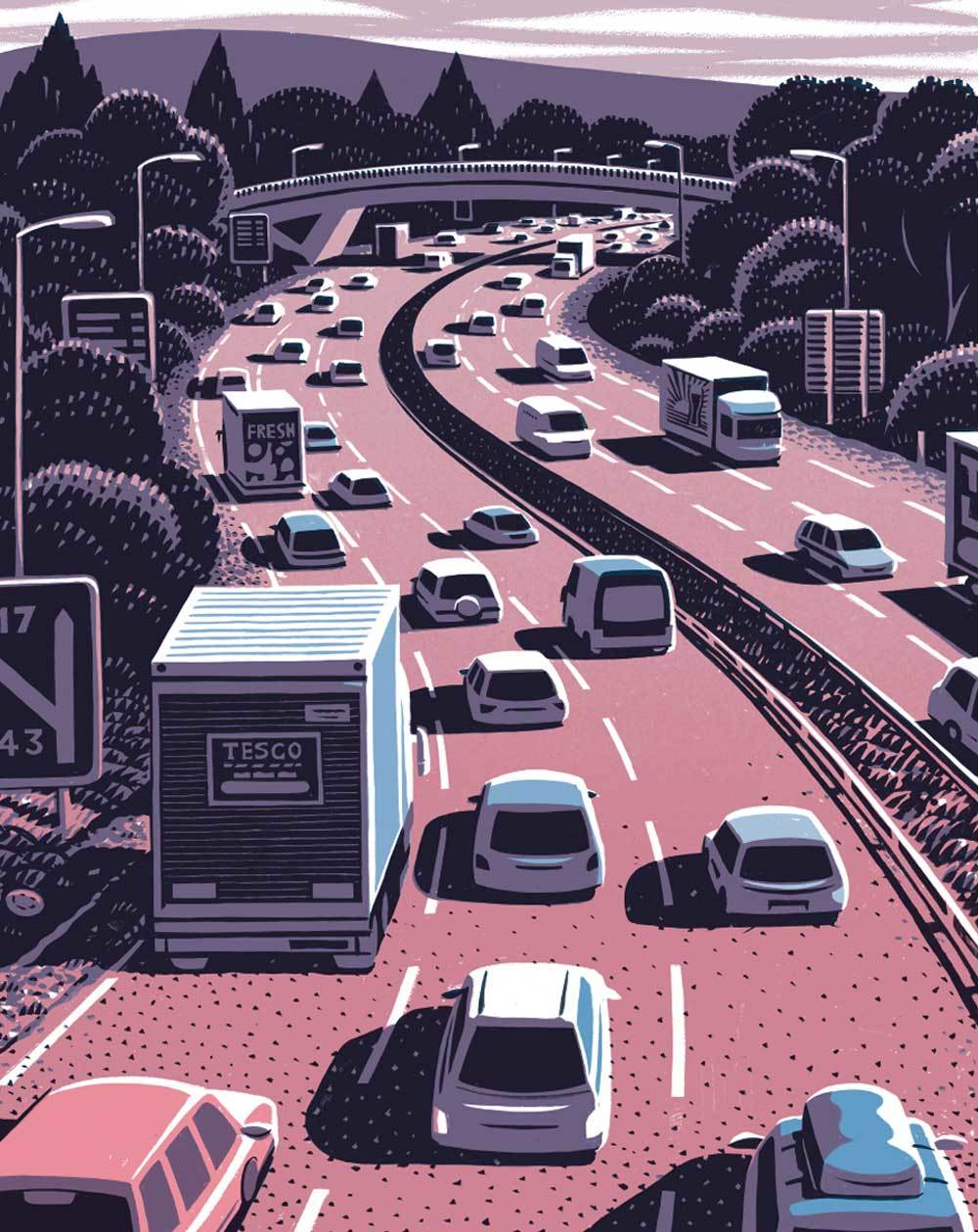 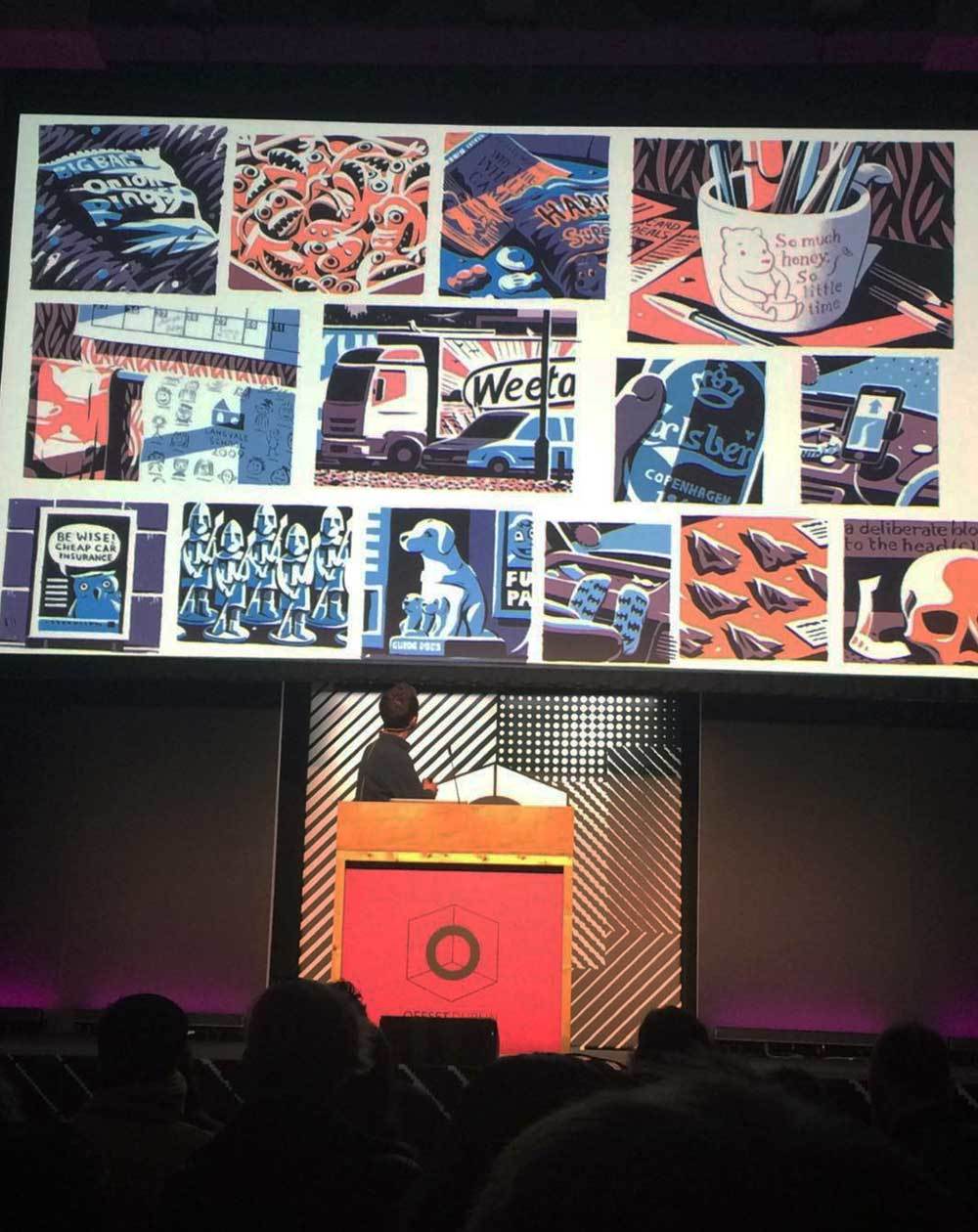 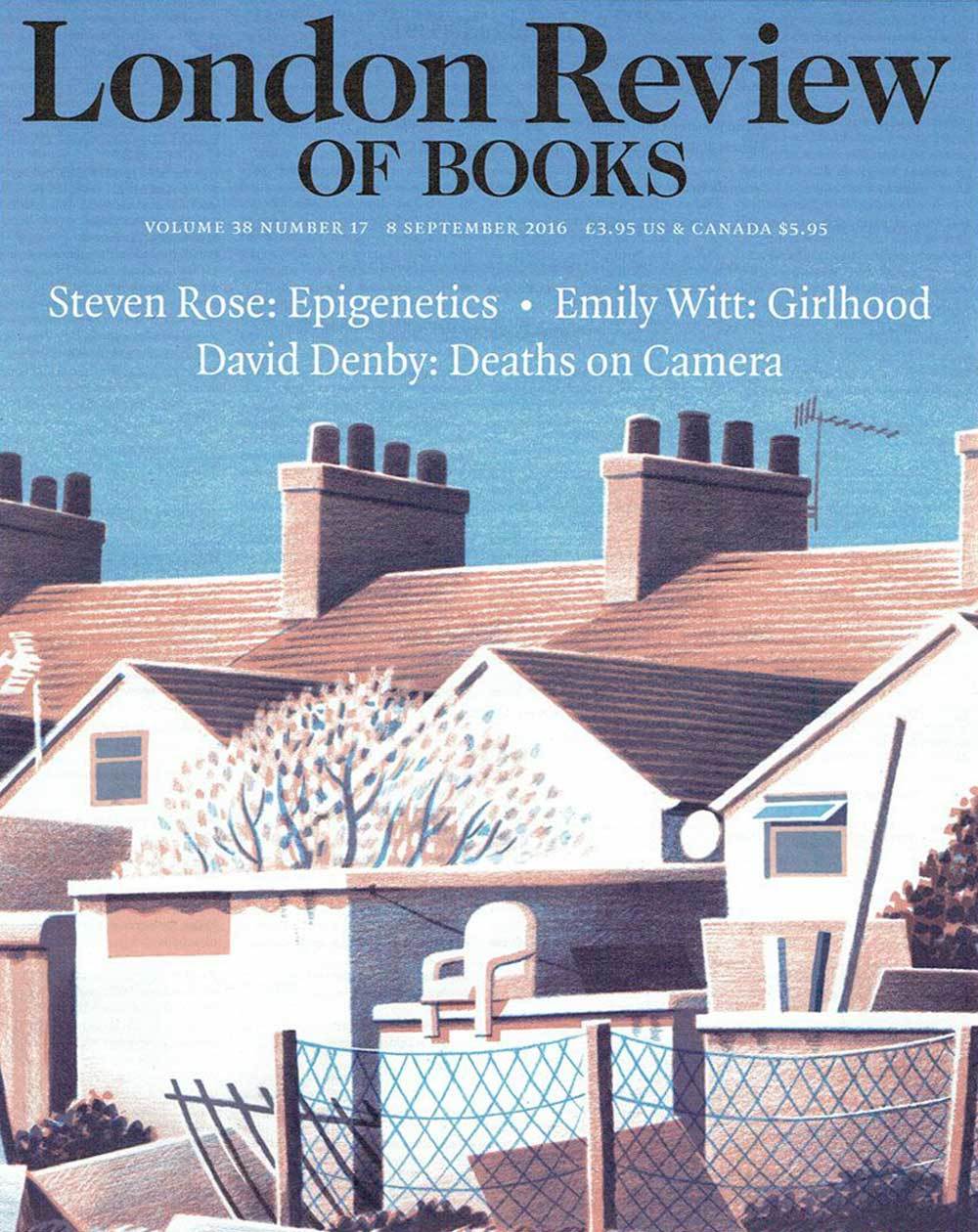 Jon McNaught is an illustrator, printmaker and lecturer based in Bristol. After completing an illustration degree in Bristol, he worked as a part-time litho technician in the print rooms at the University. When speaking about print-making, he says “there’s something magical about images appearing on the page”.

He describes himself as a commercial illustrator and supports himself through his editorial work. He is a regular cover artist for The London Review of Books and can also list Penguin Books, The New York Times, The Wall Street Journal and The New Yorker as clients.

He loves wordless stories and started to create prints that resembled comics. The publisher ‘No Brow Press’ became interested in his endeavours and they have since published 4 books together, with Jon at the healm. At first, he felt story-telling wasn’t something that came naturally to him, but a critic went on to describe him as ‘a poet in comics’.

He loves to use notebooks to jot down ideas and says “it becomes a little world you re-treat to, filling in these little notebooks”. He’s a keen observer, and small details such as reflections in puddles and florescent lights reflecting in a window are masterfully recreated in his work.

His own memories are also something he takes inspiration from for his comics, childhood holidays, living in the Falkland Islands as a child, a part-time job working in an old persons home and even the street where he grew up are inspirations for his books.

After his talk, he did a book signing in the lobby! 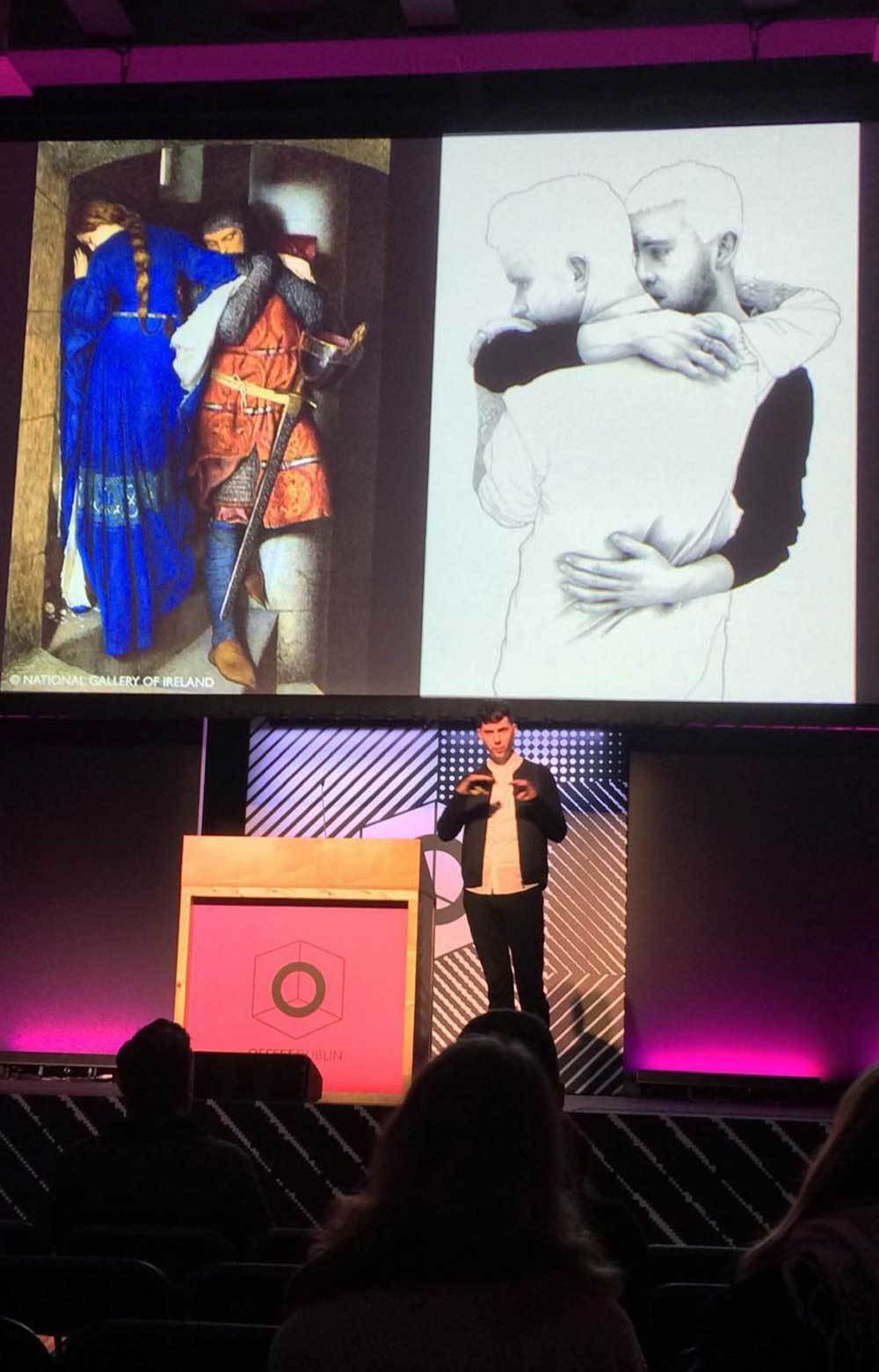 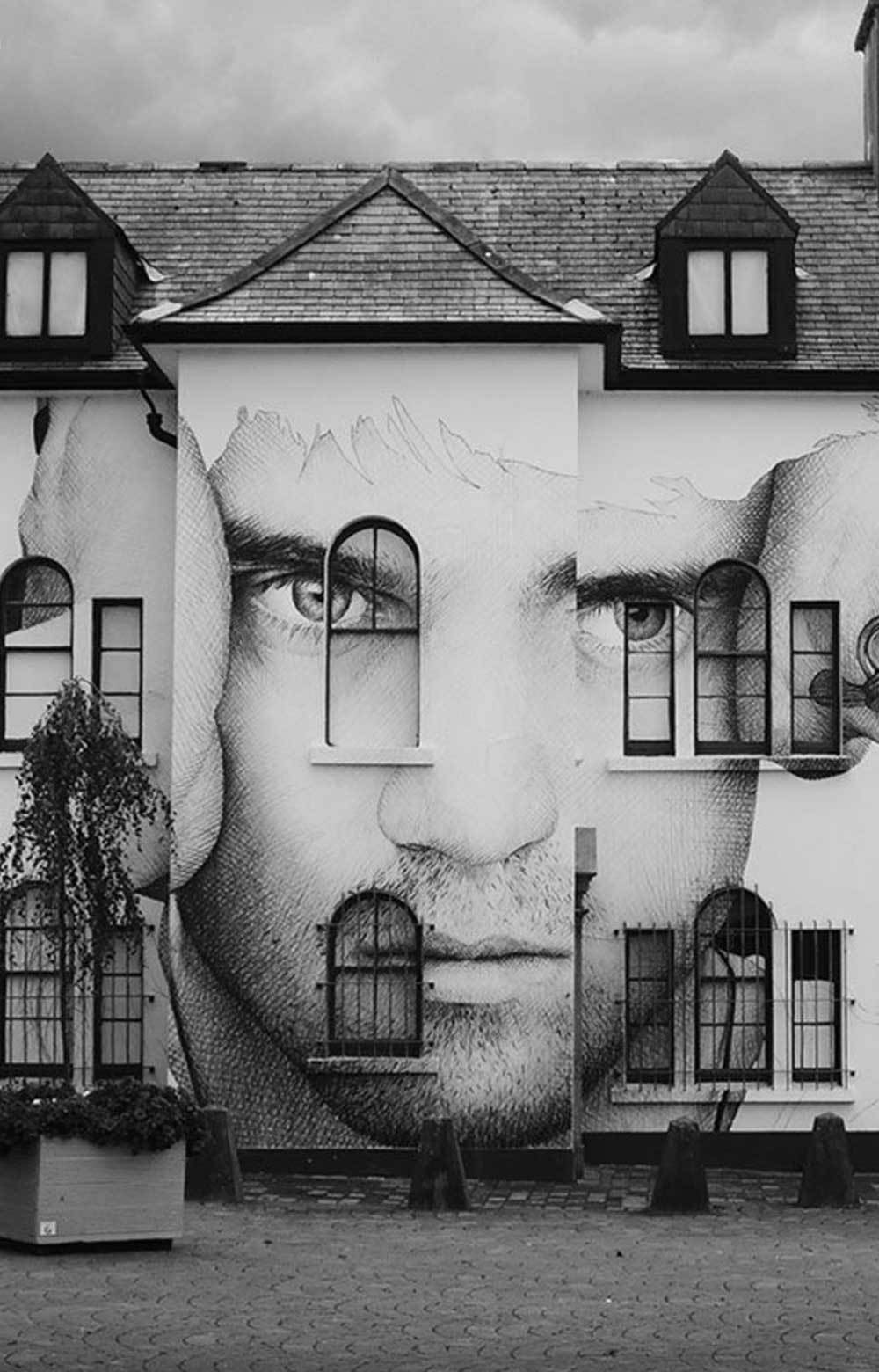 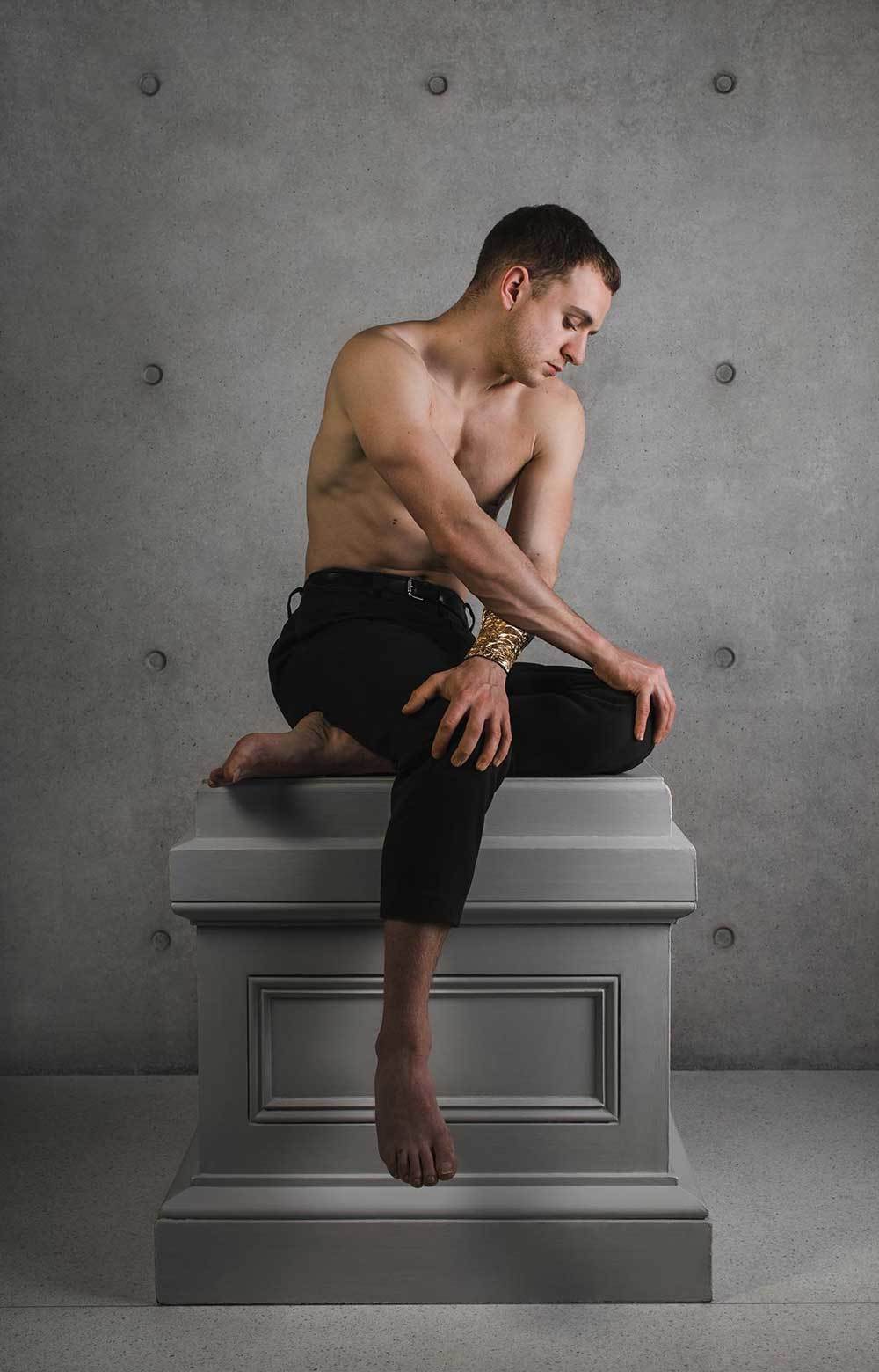 During his time in Edinburgh this past year, he created a project called ‘Our Nation’s Sons’. This comprised of large scale installations of his drawings of young males, located around the city of Edinburgh. These pieces can also be seen in different locations around Ireland. By not adding any explanation to these pictures, his hope is to get people talking specifically highlighting youth mental health.

His most famous piece ‘The Claddagh Embrace’ (pictured above) was installed on George’s street in Dublin during the same sex marriage referendum and went viral around the world. The image was inspired by the painting ’Meeting on the Turret stairs’, which as Joe points out, is ironically kept in a closet in The National Gallery of Ireland!

90% of the work he creates is self-funded and when looking for a mortgage, he was refused by the bank and told to get a less expensive hobby.

He was an artist in residence in The National Gallery of Ireland. His project, ‘Finding Power, comprised of seven different commissioned photographs. These are viewable in different locations around the Gallery and also includes a large scale mural. The idea behind the project was to put members of our society that are not usually well represented on a pedestal.

Categorised in: Uncategorised
This post was written by Wonder Works
back to articles